Our friends at O.pen are sharing the real story behind 420, from the first hemp plants in America to modern day marijuana. So far, we’ve seen how cannabis went from a common medicine and feel-good tonic to completely illegal. Today, we’re sharing a few stories of notable medical marijuana activists, who fought political agenda and prejudice and helped open doors for many to access cannabis’ health benefits.

●      Who is Dennis Peron? Why is called the ‘father of legal marijuana’?

●      How was marijuana given to patients underground?

●      When and how was medical cannabis legalized?

If you want to read the entire original article, read O.pen’s blog The History of 420 to follow the ‘highs’ and lows of marijuana’s history (as well learn some fun ways you can celebrate 420 at home this year).

Meet the ‘Father of Legal Marijuana’

A notable figure in this fight is Dennis Peron, called the ‘‘father of legal marijuana” in California. Born in the Bronx, Peron joined the United States Air Force and eventually served overseas during the Vietnam War. A lifelong weed lover since 17, Peron even used marijuana during his stint in Vietnam, smuggling a hefty two pound stash home with him, carefully hidden in his military duffel.

After the war, Peron settled in San Francisco, California. Openly gay and living in an LGBTQ epicenter, Peron witnessed first-hand the horrors of the AIDS epidemic. During these early years, when treatments were new, limited and with misconceptions abound, few had access to medication or therapeutic relief.  It wasn’t even until 1987 that the first USDA approved AIDS medication was released.

Peron saw that cannabis could help. “Wasting syndrome,” or “cachexia,” is the facet of AIDS that causes rapid weight loss, severe fatigue and weakness. Peron found that cannabis gave practical relief by stimulating the appetite, as well as easing physical pain and nausea. Cannabis also helped with depression, an inevitable psychological symptom of such a dreadful disease.

Peron believed so strongly in the therapeutic benefits of cannabis that in the 70s he opened the Big Top Pot Supermarket...which was actually 11 rooms spanning the top two floors of a Castro District Victorian...where he illegally sold marijuana.

While Peron was able to distribute cannabis to thousands of San Francisco residents for a number of years, he wasn’t able to escape punishment forever. The Big Top was raided in 1978 and Peron was even shot in the leg by an undercover officer. Peron subsequently spent three months in the hospital, followed by three months in jail.

Despite that setback, the “supermarket” continued to thrive. Peron’s home was again raided in 1990 and Peron was charged with “marijuana possession with intent to sell.” While Peron was indeed selling and had intent to sell more, that night he had very little product on hand. At his trial six months later, Peron’s life partner Jonathan West testified that the four ounces of marijuana was actually his and all charges against Peron were dropped. 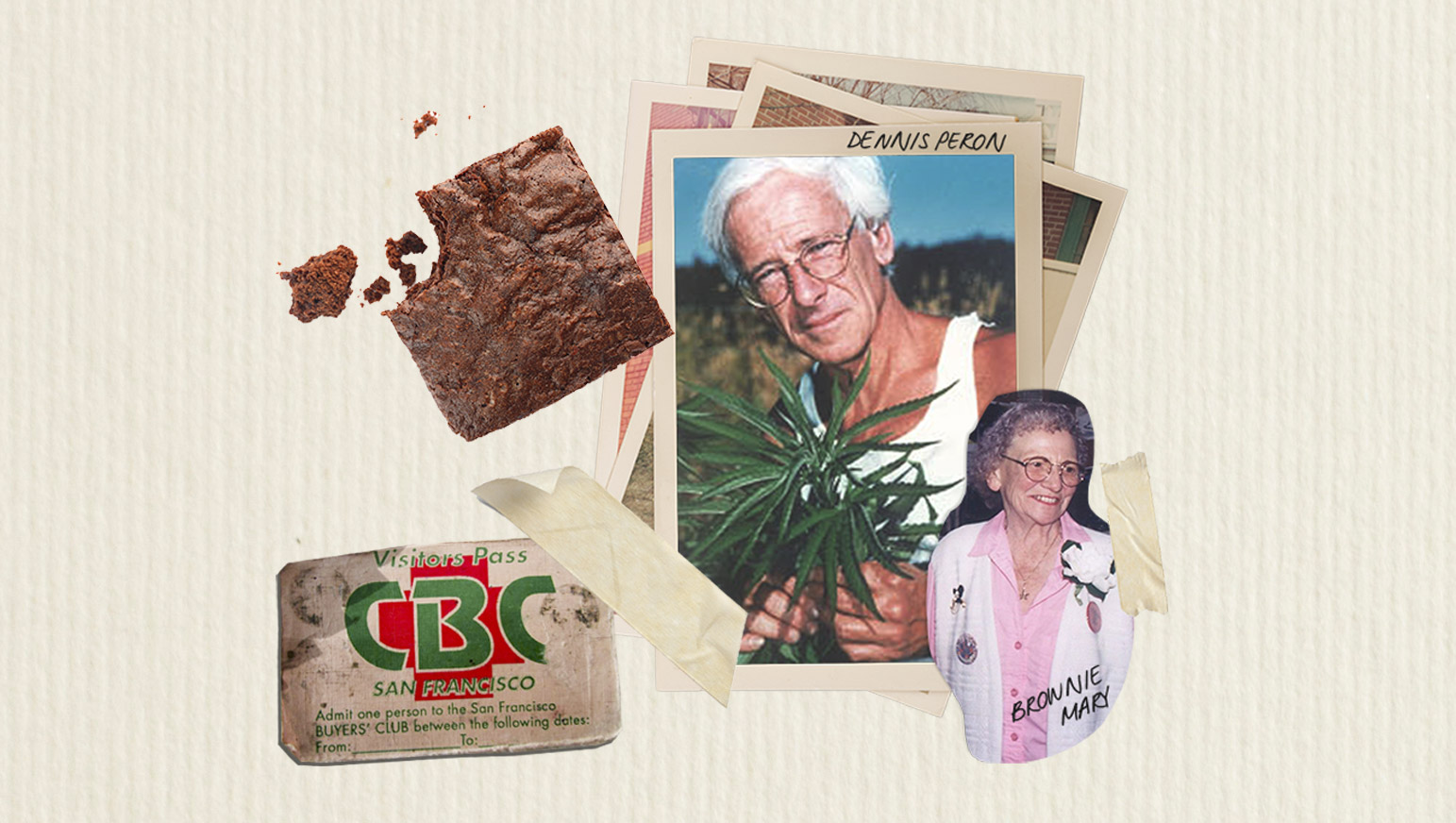 Such experiences, combined with witnessing the decline of friends’ health and knowing the powerful benefits of marijuana, sparked Peron’s inner activist. When Peron lost his love and partner West, however, he fully threw himself into the fight for legalization of medical marijuana. Peron eventually organized and co-authored the 1996 ballot known as Proposition 215, or the Compassionate Use Act, which argued for legal use of medical marijuana in the entire state of California. Proposition 215 passed with 79% of the votes.

That same year, Peron turned his illegal marijuana supermarket into the first public medical cannabis dispensary in the U.S., with the new name of San Francisco Cannabis Buyers Club. The club eventually had over 8,000 members, many of which were AIDS patients.

Another figure that helped open the doors to medical marijuana was patient-rights’ activist, aptly named Mary Jane Rathburn. As a volunteer for The Shanti Project (an organization that offered the first medical services to AIDS patients), Rathburn secretly gave pot-infused brownies to patients, which earned her the nickname “Brownie Mary.” Brownie Mary was eventually caught however she did not stop smuggling her cannabis confections. In 1992 Rathburn was again arrested for baking pot brownies.

Since a 68 year-old woman going to trial for baking weed treats in her nephew’s house was a story that gained a lot of attention, Rathburn and Peron decided to use her publicity as a way to draw attention to Proposition 215 and gain support for their cause.  News coverage exploded, including footage of Peron illegally selling cannabis from his underground marijuana market. Dennis Peron and Brownie Mary braced themselves for further legal backlash. Surprisingly, however, they were able to operate without additional recourse. Even more surprising, according to Entwistle’s interview with Weedmaps, “Some local police officers were even advising patients in need to purchase from the club instead of street dealers.”

Despite the media attention, intense lobbying by activists such as Rathburn and Peron,  and Proposition 215’s victory, California’s cannabis freedom did not last long. A federal judge closed the San Francisco Cannabis Buyers’ Club (and other dispensaries) in 1998. It would be nearly 20 years before cannabis was legal for adult use in California.

The War on Weed

While these figures and others fought for their right to use cannabis, others included marijuana in the ‘war on drugs.’ How did cannabis become a political pivot point? Look out for the next blog which explores weed and politics.

To read more, check out the entire blog by O.pen. In addition to cannabis’ history, all leading up to the 50th anniversary of 420, you’ll also find tips for celebrating cannabis’ biggest holiday. 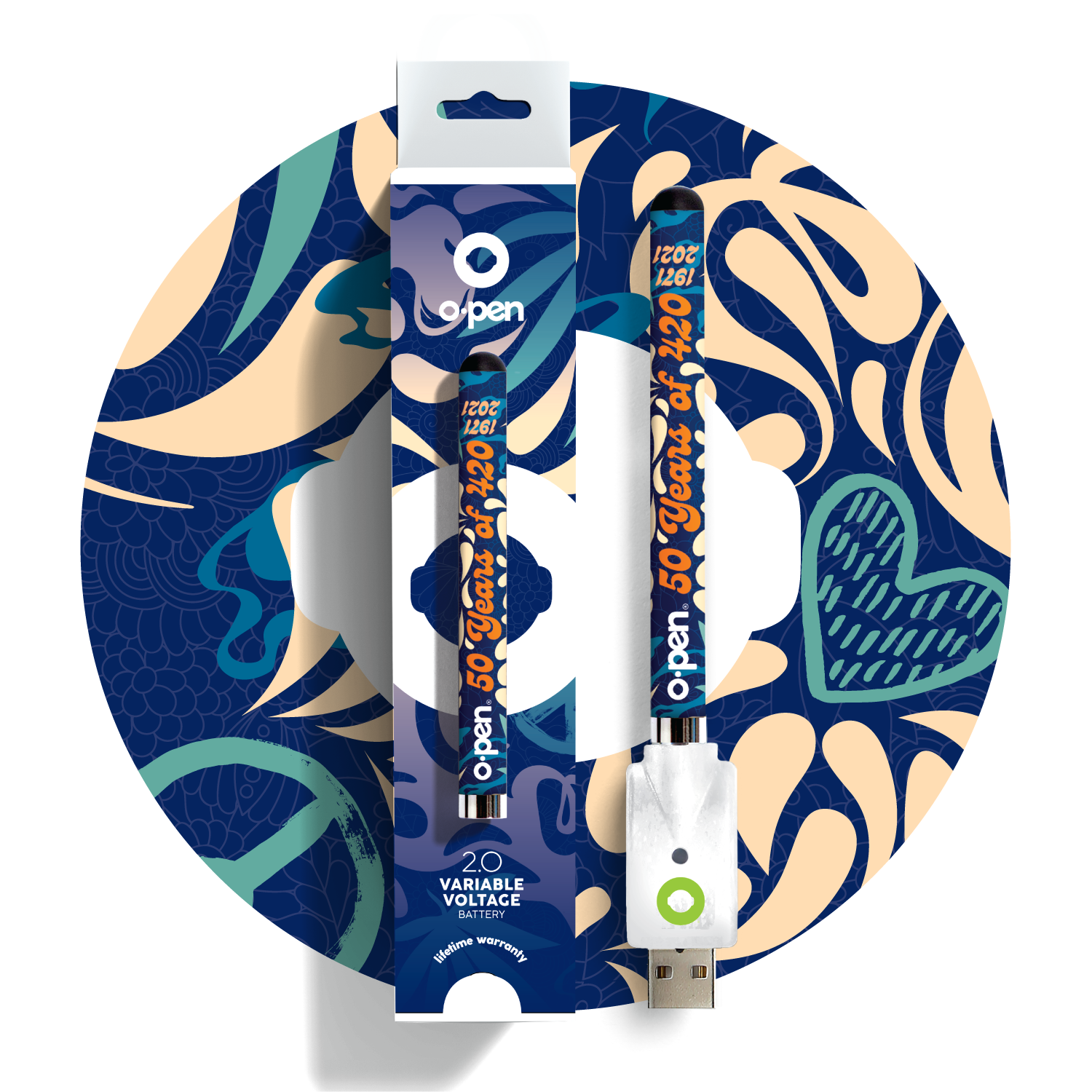