Find A Dispensary Near You!

Khalifa Kush is set to launch at Trulieve Florida locations on October 1, 2022. Sign up for exclusive Khalifa Kush announcements here.

Join us somewhere in the clouds! Meet Wiz Khalifa at any of three South Florida locations, or be one of the first to try the world-famous “KK” strain at select locations all over the sunshine state.

Stay tuned to all Trulieve texts and emails for more details.

Experience Khalifa Kush on Saturday 10/1 at:

Set to launch at select Trulieve stores in Florida on Saturday, October 1, the highly anticipated Khalifa Kush line will feature the iconic “KK” strain with more strains to be released in the coming months. No matter how it’s consumed, users can get hyped off this heavy-hitting strain knowing that it's been Wiz’s personal favorite for the past decade.

The Khalifa Kush (KK) strain was developed for Wiz back in the early 10's, tailored specifically for his personal tastes and held closely within his private stashes in Los Angeles, California. As the industry evolves, we remain consistent in our drive to create a world where everyone can smoke like Wiz. Everything we do is rooted in authenticity, consistency, and a quality first, no sacrifices approach. When you see Khalifa Kush on the pack, you know what it is. The KK team between Pittsburgh and Los Angeles works every day to bring KK products to market. KK will be available exclusively to Trulieve in Florida, dropping October 1, 2022.

Khalifa Kush’s highly sought-after strain is the best representation of an Indica-dominant Hybrid OG. It’s a strong, well-balanced, all-day smoke with big, impressive, cured buds and a high that’s uplifting, active, and cerebral while remaining clear — perfect for both day and night.

Its classic terpene profile is loud and potent, featuring a strong Kush kerosene diesel stench, subtle pine, lemon-lime, chem, and savory pepper. The flavor is a blend of piney Kush, OG fuel and gassy incense that envelopes the palate in a dense, smooth, creamy Kush smoke. 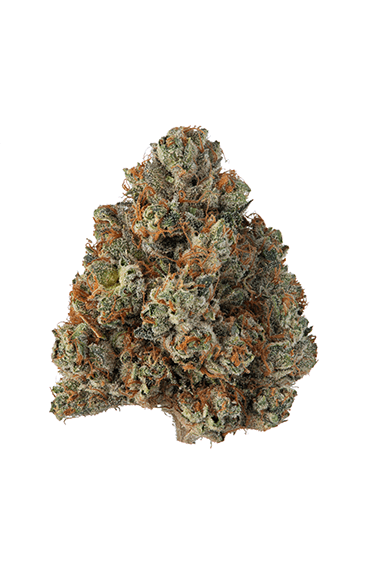 With this launch, Trulieve became the sole producer, processor, and retailer of Khalifa Kush branded products in Florida.

"We’re excited to partner with the undisputed leader in the Florida market,” said Wiz Khalifa. "Trulieve’s dedication to working with the community and creating an amazing customer experience perfectly lines up with our brand values, making them a great fit for our first expansion to the East Coast."

Multi-platinum selling, Grammy and Golden Globe nominated recording artist Wiz Khalifa burst onto the scene with mainstream success with the release of his first major label debut album, ROLLING PAPERS‎ in 2011. Since then, dynamo Wiz has creatively led successful ventures beyond his musical acclaim including a mobile app, Wiz Khalifa’s Weed Farm, which has garnered over 10 million downloads, an award-winning gin, a 5-part docuseries with Apple Music, and more. On the cannabis front, Wiz has always been an advocate and is personally responsible for countless connoisseurs choosing joints over blunts to ensure the best-tasting smoke that stays true to the flower.

Not Registered as a Medical Patient in Florida? Learn More Here

Khalifa Kush is set to launch at Trulieve Florida locations on October 1, 2022. Sign up for exclusive Khalifa Kush announcements here.